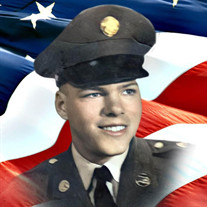 Mr. Charles Wade Lane, 76, of Greenwood Road, Hartwell, passed away Thursday, July 15, 2021 at his home. Born on October 19, 1944 in Jacksonville, FL, he was the son of the late James Edward Lane Sr. and Betty Hurst Lane Roberts. Mr. Lane was retired from the US Air Force after 20 years of service as a Master Sergeant and was a veteran of the Vietnam War where he served in the US Army. He was also a member of the Hartwell Church of Christ and Top Gun RC Club. Mr. Lane was also a former Mason & Shriner. Survivors include five brothers: Robert Ross Lane of Danielsville, Tim Lane of Hartwell, Johnny Lane of Hartwell, Carl Roberts of Griffin, GA, and Ronald Lane of Lavonia; two sisters: Patricia Kirchmeier of Spokane, WA, and Martha Ann Smith of Marietta; and several nieces & nephews also survive. Mr. Lane was preceded in death by his parents; four brothers: James Edward Lane Jr, Mervin Lane, Paul Lane, Richard Lee Lane; and four sisters: Rebecca Perkins, Sharon Bowmont, Karen Lane, and Rose Christine Lane. The family will receive friends Sunday, August 1, 2021 from 5:00 to 7:00 p.m. at the Strickland Funeral Home of Hartwell. Other times the family will be at their respective homes. Graveside services for Mr. Charles Lane will be held Monday, August 2, 2021 at 2:00 p.m. at the Georgia National Cemetery, Canton GA with full military honors provided by the Robins Air Force Base Honor Guard. In lieu of flowers, memorials may be made to the Hartwell Church of Christ, 741 E. Howell St, Hartwell, GA, 30643, or a charity of one’s choice. The Strickland Funeral Home of Hartwell is in charge of all arrangements.

The family of Mr. Charles W. Lane created this Life Tributes page to make it easy to share your memories.

Send flowers to the Lane family.