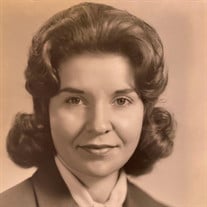 Corrie Sue Thomas (1934-2020), age 81, passed away peacefully in her sleep on September 11, 2020, in an assisted living facility in Mandarin, Florida. A faithful wife of nearly six decades and a doting mother of three boys, she lived most of her life exactly the way that she wished. Born in Hull, Georgia, on the outskirts of Commerce as the daughter of John Quillian Thompson and Damie Inez Murray, she would meet her husband, Jerry E. Thomas of Lavonia, Georgia, while attending a local square dance. They lived on the Thomas family farm on Pleasant Hill Circle in their early married years while she worked as a secretary at the local bank. Life moved them to Valdosta, Georgia, for a few years before they relocated in Alachua, Florida for nearly thirty years, where her boys were raised. Mrs. Thomas kept a garden on their farm and created home-made meals for almost every breakfast, lunch, and dinner while getting her kids to soccer, basketball, football games, tennis, piano practice and to anything else that her boys and husband needed. After her husband’s retirement, Mr. and Mrs. Thomas returned to the Thomas farm on Pleasant Hill in Martin, Georgia, where she spent many late afternoons sharing the sunset with her husband and loved ones until she relocated to be near her sons in her final years. When her husband passed in 2019, we knew that she would not be long behind her dear Jerry. She lives on in the hearts of her two brothers, Nelson and Harold Thompson, her three sons, Jerry, Dave, and Scott and her three grandchildren, Kaley, Dylan, and Emory. A private family graveside burial will take place this week alongside her husband in the Pleasant Hill Baptist Church Cemetery, as was her wish.

Corrie Sue Thomas (1934-2020), age 81, passed away peacefully in her sleep on September 11, 2020, in an assisted living facility in Mandarin, Florida. A faithful wife of nearly six decades and a doting mother of three boys, she lived most... View Obituary & Service Information

The family of Mrs. Corrie Sue Thomas created this Life Tributes page to make it easy to share your memories.

Send flowers to the Thomas family.