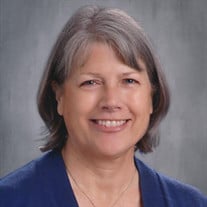 Mrs. Mary “Donna” Willis Jackson, 62, of Bowersville died peacefully at home on Sunday, July 18, 2021. Born on October 21, 1958, the daughter of the late Jack and Jo Ella Alexander Willis, Donna, as she was known, grew up in the Rock Branch community of Elbert County before moving to Hart County after she wed. She still loved the Rock Branch area and the land she grew up on through the end of her life. In fact, she loved any and all nature. She was the happiest walking on her property there, or at home. She was also an avid reader, but her greatest joy was spending time with her daughters and her beloved granddaughters. Voted most intellectual by her graduating Elbert County High School Class, she attended Anderson College on an academic scholarship in 1976. She worked diligently as a student, but also as a journalist through school for The Anderson Independent, and also The News Leader. This is where she met her husband of almost 43 years, Bobby Jackson. She was assigned to write an article on his chopper he customized. Little did she know this encounter of two polar opposites would lead to a lifetime of happiness three daughters and three granddaughters. They were united in marriage in December of 1978, and she resided in Hart County until her passing. She then transferred from Anderson College to the University of Georgia where she graduated in 1983 Cum Laude with her B.S. in English Education. Shortly after graduation, they started their family with three daughters born just years apart. She went on to earn her Masters Degree in Early Childhood Education from Brenau University, all while raising three young girls and working full-time. She was a long time teacher with the Hart County School System, teaching both elementary and middle grades. She only recently retired after her cancer diagnosis. She was a looking forward to retirement, but afterwards lamented on missing her co-workers and students. Her Christian faith was a central part of her life. She was a member of the Flat Shoals Baptist Church. There she spent many years teaching the Women’s Sunday School Class and directing the Vacation Bible School on several occasions. She remained unshakably strong in her faith throughout her cancer battle. She was the picture of strength and grace from beginning to end. She is survived by her husband of 42 years, Bobby Jackson of Bowersville; her children, Kelly (Chris) Robertson, Kristi (Marc) Hurley, and Karen Jackson, and her grandchildren, Charlotte and Amelia Robertson, and Cora Hurley, and one brother, David Willis. Donna was preceded in death by her father, Jack Willis, and her mother, Jo Ella Willis of Elbert County. The family will receive friends Monday evening from 6:00 to 8:00 p.m. at the Strickland Funeral Home of Hartwell. Other times the family will be at the home. Memorial services for Mrs. Donna Jackson will be held Tuesday, July 20, 2021 at 4:00 p.m. at the Flat Shoals Baptist Church with Rev. Cory Pulliam officiating. In lieu of flowers, Donna and her family asked that donations be made to Flat Shoals Baptist Church or Ronald McDonald House charities which she had a strong love for after the birth of her granddaughters. The Strickland Funeral Home of Hartwell and Cremation Services of Hartwell is in charge of all arrangements. On-line condolences can be sent to the family at www.stricklandfh.com.

The family of Mrs. Donna Willis Jackson created this Life Tributes page to make it easy to share your memories.

Send flowers to the Jackson family.