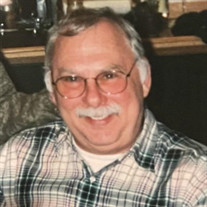 Mr. Glen Fredric “Fred” Snider, 71, of Hartwell, Georgia, passed away Tuesday, September 7, 2021 at his home. He left this world with a watch on his wrist, a pocketknife and whetstone, and a smooth, round, lucky river rock in his pocket. A West Virginia “boy” who was ready to come home to “Almost Heaven.” Born on June 9, 1950 in Morgantown WV, he was the son of the late (Glen Lyons) and William Richard “W.R.” Snider and Norma Mae Wotring Snider. He grew up in Kingwood, West Virginia, a true Preston County native with a love for the hills and the Cheat River. Later in life, his love for adventure and being on the water lead him to Georgia, where he established a home on Lake Hartwell, often saying that he was a Northerner by birth, but Southerner by the Grace of God. Mr. Snider was a retired carpenter and had his contractors license, owning GF Snider Mechanical Contracting, Inc. at one time. He and his family also built, owned/operated the Cheat River Island Café and Campground in Rowlesburg, WV. The family dog, “Abraham,” frequented & ran the island as well. After Mr. Snider retired, he traveled across the country, with recent travels to Key West, FL and Colorado. He also completed pilot flight training at Universal Flight Training in Sarasota, Florida. He was an ardent supporter of Veterans and the Republic Party. His son, Adam, served in the US ARMY; daughter, Sarah USAFR; and, close family friend, Kenneth Haney US NAVY. He was a member of the Nancy Hart Masonic Lodge, Yaarab Shriners, VFW Post 8076 (associate member), Carpenters Local 423 and Fraternal Order of Eagles. Some of his happiest days were spent with family at Landboc at 7-Islands, surrounded by the Cheat River. You could often find him there in a pair of cut-off jean shorts and old tennis shoes, floating in the river, standing around a campfire, or with one arm leaned up over a pick-up truck. He loved camping, hunting, fishing, swimming, and “living off the grid.” He was known for “always thinking,” and being a survivor. He and his son leave a legacy of surviving the Flood of ’85 in WV. Recently, he was surviving with cancer. He enjoyed reading immensely, whether it be westerns, Nat’l Geographic, civil war history, or a Prepper magazine. He liked listening to the Beach Boys and Willie Nelson. He liked antiques, collecting coins and LOTS of change. Often said that if he had a 6-hour drive to arrive somewhere, it would take him 8, as he and his bulldog, “Clementine,” would stop and “check out” whatever struck their interest along the way. He found peace, God, and awe in nature. He liked to cook from scratch and on a cooker/smoker, and have guests try foods they’d never tried. He loved to share what fascinated him. His close friends knew him as “quite the conversationalist.” “He’d let the person in conversation with him go as far as their knowledge would take them, then he’d carry it the rest of the way.” A favorite quote: “Democracy is two wolves and a lamb voting on what to have for lunch. Liberty is a well-armed lamb contesting the vote.” -Ben Franklin Those left to carry the good times and memories include his daughter; Sarah M. Smith (Eric) of Morgantown WV; granddaughter Aviahnna Danise Polce; and, Eric’s daughter, Chloe Smith. Aunts and Uncles: Wilma Wotring Hyre (William) of St. Marys, WV and (Late Martha Jane) Kenneth Riley of Deep Creek, MD; and several cousins in WV, KY and FL. (Many who have served). Special friends include: Richard (Alisa) Byrum, Bo Morris, Susan Elkin, Joyce Anderson, DJ Mallow, Becca Stansberry, and Aimee Mallow. Longtime neighbors: Tom (Debbie), Benji and Chris Bern. Mr. Snider was preceded in death by his parents and his son: Adam Mordecai Snider. A private memorial service for Mr. Fred Snider will be held at a later date by his family. In lieu of flowers, memorials may be made to the: • Friends of the Cheat non-profit watershed group. 1343 N. Preston Highway, Kingwood, WV 26537. https://www.cheat.org • Hearts of Gold Service Dogs group places dogs with veterans and individuals with mobility/psychiatric disabilities. WVU Hearts of Gold, 45 Poultry Loop, Morgantown, WV 26505. https://humananimalbond.org/donations/give/ • Shriners Hospitals for Children, 950 W Faris Rd, Greenville, SC, 29605. https://donate.lovetotherescuse.org The Strickland Funeral Home and Cremation Services of Hartwell oversees all arrangements. On-line condolences can be sent to the family at www.stricklandfh.com.

Mr. Glen Fredric &#8220;Fred&#8221; Snider, 71, of Hartwell, Georgia, passed away Tuesday, September 7, 2021 at his home. He left this world with a watch on his wrist, a pocketknife and whetstone, and a smooth, round, lucky river rock in his... View Obituary & Service Information

The family of Mr. Fred Snider created this Life Tributes page to make it easy to share your memories.

Send flowers to the Snider family.