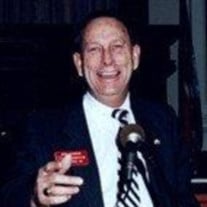 Jere Walter Johnson, age 79 of Hartwell, formerly of Gwinnett County, passed away on Thursday, March 4, 2021. A Graveside Service will be held at 3:30 PM on Sunday, March 7, 2021 at Rockbridge Baptist Church Cemetery in Snellville. Dan Curry will officiate. Jere was a native of Gwinnett County and dedicated his life to public service by serving as a Justice of the Peace in Centerville, Ga from 1973-1977; Gwinnett County Commissioner, District 3, from 1981-1985; and as a Georgia State Representative of the 84th District from 1992-1998. As a Georgia State Representative, he served on the Ways and Means, Appropriations and Natural Resources Committees. During his tenure as Gwinnett County Commissioner, Jere was instrumental in the building of Tribble Mill Park, Gwinnett Medical Center, the new Gwinnett County Courthouse, Gwinnett Tech, the enlarging of Briscoe Field, and establishing a county run ambulance service as well a new jail for Gwinnett County. Jere was employed by Georgia Power Company for 22 years, a member of Rockbridge Baptist Church in Snellville, and served as Chairman of the Gwinnett County Airport Authority, Chairman of the Gwinnett County Water & Sewer Authority, member of the Board of Trustees of Humana Hospital, member of the CETA Board, served on the Gwinnett County Recreation Authority, and was an advisor to the Hart County Water and Sewer Department. He was also Master of the Snellville Masonic Lodge #99 in the 1970’s. Jere was preceded in death by his wife of 22 years, Gayle B. Johnson, and his loving parents, Walter & Sarah Johnson. He is survived by his wife, Ginger Johnson of Hartwell; daughter, Julie Johnson Lemke of St. Augustine, FL; daughter & son-in-law, Dodie & Johnny Cone of Monroe; step son, Jim Pratt of Cornelia; step son & daughter-in-law, Kyle & Suzanne Pratt of Braselton; grandchildren, Joshua & Sarah Cone, Amanda & Bobby Ledbetter, Zachary Lemke, Mack Lemke, Sara Lemke, and Mikayla Pratt. In lieu of flowers, contributions may be made to the American Cancer Society or the Leukemia and Lymphoma Society. The family will receive friends from 1:00 PM until 3:00 PM on Sunday, March 7, 2021 at Tim Stewart Funeral Home, 670 Tom Brewer Road, Loganville, Georgia 30052. 770-466-1544. Please sign the online guest registry at www.stewartfh.com This announcement courtesy of the Strickland Funeral Home of Hartwell.

The family of Mr. Jere Johnson (Courtesy) created this Life Tributes page to make it easy to share your memories.

Send flowers to the Johnson family.