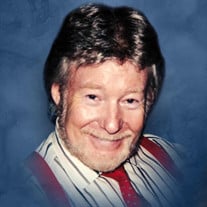 Mr. John Arthur Vokes, 83, of Sugar Cane Drive in Hartwell, GA, husband of Gail Clark Vokes, passed away on Thursday, February 11, 2021, at AnMed Health Medical Center in Anderson, SC. John was born in Grosse Pointe Farms, MI, on March 10, 1937, son of the late Edwin Hilda Stiles of Eldorado, IL and the late Arthur Vokes of Chatham, Kent in Southeast England. He received a bachelor’s degree in dental technology from Southern Illinois University in Carbondale, IL. After graduation, he served in the Army and was stationed in Asmara in Ethiopia, where he worked as a medic. Prior to retirement, he was the Southeastern Regional Sales Representative for Williams Gold Refining Company of Buffalo, NY, and later owned and operated Oral Ceramics Spectra Dental Laboratory in Atlanta, GA. He spent 10 years as a claims investigator for an Atlanta law firm. Survivors include his wife, Gail, sister-in-law Janice Clark Morrissey of Rockmart, GA and granddaughter Jordan Vokes of Ft. Worth, Texas. John was preceded in death by a son, John Stiles Vokes of Indianapolis, IN, and a sister, Marion Lucking of Pontiac, MI. John was a member of Rehoboth Baptist Church in Atlanta. He was an avid water skier and a Corvette enthusiast. He enjoyed numerous cruises with his wife Gail. Graveside services will be held on Saturday, March 13, at 2 o’clock pm at Oaknoll Memorial Gardens Cemetery in Rome, GA with the Rev. Randy Lambert officiating. Contributions in lieu of flowers may be made in his memory to the National Kidney Foundation, 270 Peachtree St #1040, Atlanta, GA 30303. The Strickland Funeral Home of Hartwell is in charge of all arrangements.

The family of Mr. John Vokes created this Life Tributes page to make it easy to share your memories.

Send flowers to the Vokes family.