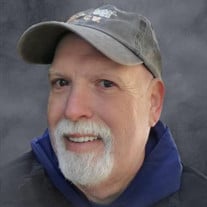 Ronald Joseph May, Jr., age 54, of Lavonia, received his wings and ascended into Heaven Sunday, January 2, 2022 at St. Mary’s Hospital in Athens. Joseph was born February 9, 1967, in Gary, Indiana, he was a son of Shiron (Alphan) Cann and the late Ronald Joseph May, Sr. He retired from the US Army, where he served in Desert Storm and earned the rank of Captain. He worked for Fujifilm Medical Systems and was a member of the Veterans of Foreign Wars, American Legion, Elks Lodge, Rotary Club, Lions Club, and was a member of the Masonic Lodge. Joseph attended Lavonia First Baptist Church and had many hobbies including kayaking, jet skiing, genealogy, seeking knowledge, and was a history buff. He was an avid bowler and mustang enthusiast. However, his real love was his family and spending time with his grandchildren. He is survived by his wife: Kathryn May; son: Dale May; daughter & son-in-law: Kimberly & Aaron Gonzalez; grandchildren: Allaire, Emeri, and Brantley Gonzalez; brother & sister-in-law: Scott & Donna Feider, sisters & brothers-in-law: Beth & Matt Garza and Susan & Jerry Rios; and many family, friends, and Tribe members. The Memorial Service will be held at 11:00 a.m. Friday, January 7, 2022 at the Chapel of Strickland Funeral Home of Lavonia with Rev. Chris Chitwood and Scott Feider officiating. The family will receive friends at the funeral home Friday from 10:00 a.m. until the service. Joseph was cremated in accordance with his request. In lieu of flowers, memorial donations may be made to the Wounded Warrior Project (www.woundedwarriorproject.org). Strickland Funeral Home of Lavonia is in charge of the arrangements. To sign the online guest register and leave personal condolences to the family, please visit stricklandfh.com.

The family of Mr. Joseph May created this Life Tributes page to make it easy to share your memories.

Send flowers to the May family.