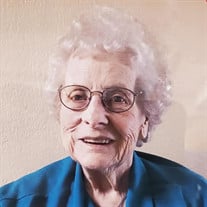 On Saturday, September 19, 2020, Marilyn Butterfoss passed away at age 86. Marilyn was born on November 17, 1933 in Springfield, OH to Charles and Clara (Gaston) Corcoran. She attended Villa Maria college in Erie, PA from 1953 to 1963 and earned a BS in Elementary Education. While at Villa Maria, Marilyn joined the Sisters of Saint Joseph of Erie PA. During this period, she taught grades 6 and 7 at schools in the area. Marilyn then attended Ohio State University in Columbus OH from 1964 to 1969 and received a Masters in Educational Administration and Curriculum Development. Once again, during this period she was principal at Our Lady of Perpetual Help school in Grove City, OH. Marilyn taught various elementary and middle school grades at schools in PA and NJ from 1969 to 1988. In August 1976, Marilyn married Norman Butterfoss in Sea Isle City, NJ. In 1988, they moved to Georgia where she worked at a school in Athens, GA from 1988 to 1992, teaching grades 6, 7 and 8th grades. Then she was principal at a school in Anderson, SC from 1992 to 1998. Marilyn retired in 1998. After Norman died in 2002, Marilyn moved to Albuquerque where her sister, Clara lives. Marilyn was known for being a caring and giving person who would try to help anyone needing assistance. She tutored many in her neighborhood to learn to read. Marilyn is survived by her sister, Clara Gilbert and several nieces and nephews. She was preceded in death by her father, Charles, her mother, Clara, her brother, Francis Corcoran, and her sister, Dorothy Fluegelman. A funeral mass service will be held on Thursday, October 8th, 2020 at 12:00 noon at Sacred Heart of Jesus Catholic Church, 1009 Benson St, Hartwell, GA. with burial of her ashes in the memorial garden.

On Saturday, September 19, 2020, Marilyn Butterfoss passed away at age 86. Marilyn was born on November 17, 1933 in Springfield, OH to Charles and Clara (Gaston) Corcoran. She attended Villa Maria college in Erie, PA from 1953 to 1963 and earned... View Obituary & Service Information

The family of Mrs. Marilyn C Butterfloss (Courtesy) created this Life Tributes page to make it easy to share your memories.

Send flowers to the Butterfloss family.