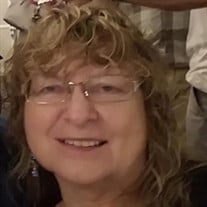 Peggy E. Curley, 65, of Pensacola, FL., passed away on Tuesday, July 13, 2021. Peggy Elizabeth Ray Curley was born in Tampa, FL on September 28, 1955. At an early age her family moved to Canon, GA, where she lived on a working farm that her family owned. She learned the value of hard work and dedication at a young age. Growing up on the farm is where she developed her loved for animals and where she dreamed of one day becoming a veterinarian. Peggy graduated from Hart County High School in 1973. From there, she went on to obtain her associates degree from Emmanuel College in 1975, after attending North Georgia College as a pre-med student, she changed her career path to instead become a respiratory therapist, which was a new specialty in the healthcare field. She attended Greenville Technical College where she obtained her associates in respiratory therapy in 1978. Peggy was one of the few women registered respiratory therapist at the time, in a field previously dominated by men. As a therapist, she started her career in the local hospital. Peggy always wanted to travel and combined that with her profession by becoming a traveling respiratory therapist covering positions in multiple hospitals across the country. While on assignment in San Diego, August of 1987, Peggy met her soulmate, the love of her life, and her future husband, Mark. Mark was in the Navy on active duty stationed there. They dated for the next 2 years before getting married on December 9, 1989 in La Jolla, California. This is where their adventures in life began. Military assignments took them to 20 countries together. Two of Peggy’s favorite places they lived were Japan and Spain. While in Spain, she fulfilled her dream of having a child, Quentin. Peggy & Mark retired in Pensacola in 2010 after Mark’s long Navy career and hers as a Navy Wife and respiratory therapist. Until the end, she was a dedicated and loving wife and mother. Peggy was always a strong-willed, independent spirit, adventurous, and fearless woman. We know she will continue to be so in the presence of the Lord. She is preceded in death by her parents, Billie & Eunice Ray of Canon, GA. Peggy is survived by her husband, Mark Curley of Pensacola, FL; son, Quentin Curley of Pensacola, FL; sister, Joyce Ashworth of Canon, GA; brother, Donald Ray (Sandra) of Canon, GA, along with other loving family members. A visitation will be on Monday, July 19, 2021 from 9:30 am to 10:30 am at Harper-Morris Memorial Chapel. A graveside service will follow at 11:00 am at Barrancas National Cemetery. In lieu of flowers, a contribution may be made to The National Flight Academy. Memos should read “In Memory of Peggy Curley”. Contact Stephanie Pugh at the Naval Aviation Museum Foundation, 850-308-8934, or mail your contribution to National Flight Academy, 1 Fetterman Way, Pensacola, FL 32508. Special thanks to all of the healthcare professionals at VITAS Hospice Healthcare. This announcement courtesy of the Strickland Funeral Home of Hartwell

Peggy E. Curley, 65, of Pensacola, FL., passed away on Tuesday, July 13, 2021. Peggy Elizabeth Ray Curley was born in Tampa, FL on September 28, 1955. At an early age her family moved to Canon, GA, where she lived on a working farm that her... View Obituary & Service Information

The family of Mrs. Peggy Ray Curley (Courtesy) created this Life Tributes page to make it easy to share your memories.

Send flowers to the Curley family.