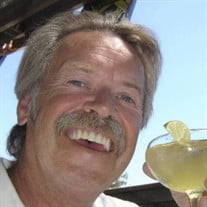 Born on the 4th of July, 1954 so far north that it will remain unnamed. He claimed New Orleans as his hometown. It wasn’t true, but we can’t argue with him now. Deceased June 8, 2021 in Hartwell, Georgia. Preceded in death by his parents: Claybourne Waldrop, Sr and Avis Margaret Waldrop; his brother: Claybourne Waldrop, Jr. and his great niece: Roxy Trick. Survived by his greatest pride and joy, his son: Nolan Waldrop; his favorite sister: Ann Trick; his nephews and niece: Philip Trick (Katy), Justin Trick (Jessica), Kristen Trick; his great nieces: Jasey, Zibby, Jackie and Julie Trick; mother of his son: Shanna Paynter; and his cousins: Had Howard (Lisa), Tim Howard (Sonni); as well as many other cousins. At the “suggestion” of a judge, Doc volunteered to serve his country in the Navy and was stationed at NAS Miramar, California. He did a tour on the USS Enterprise as a plank owner in the VF-1 Wolf Pack F-14 squadron on it's first worldwide tour and participated in the evacuation of Vietnam known as Operation Frequent Wind. After the Navy he attended the University of Texas at Arlington and earned his college degree at California State University Northridge. His numerous careers were highly varied including race photographer, motion picture lighting, special event designer, and production manager. He was a highly respected member of the event industry serving many years as Chapter President of the Greater Atlanta Chapter of the International Special Events Society. He was honored with numerous awards including the 2004 Dale Riggins Humanitarian Award, the 2008 Bob Blaesing CSEP Lifetime Achievement Award, the 2003 Spotlight Award for Technical Producer of the Year and the 2005 Spotlight Award of Gratitude from Events Solutions Magazine. Most recently he reveled in becoming a driver/owner of Brew Krewe Racing, as well as a board member and live color commentator for ChampCar Endurance Series racing. His passion from an early age was racing cars and motorcycles with which he would forever tinker or modify. Concrete, asphalt, dirt or the mere semblance of a trail or road never deterred him from testing his limits or how many bones he could break on any one encounter with said surfaces. We dare anyone to find someone who lived a more exhilarating life than Doc. His adventures were truly legendary and his name should be listed as the best example ever of “living life to the fullest.” But most of all, he was the most blessed man on earth due to the extraordinary amount of friends he amassed over the years. His notorious wit, quick quips and ready smile won over all who had the pleasure of his presence. We should all be as lucky as Doc to have so many who love and adore him! Doc Waldrop's Second Line + Wake, to celebrate his extraordinary life, will be held 2:00 pm June 19th at Euclid Avenue Yacht Club, 1136 Euclid Ave NE, Atlanta, GA 30307. In lieu of flowers or memorials please consider donating at https://gofund.me/589a9f0a in honor of Doc.

Born on the 4th of July, 1954 so far north that it will remain unnamed. He claimed New Orleans as his hometown. It wasn&#8217;t true, but we can&#8217;t argue with him now. Deceased June 8, 2021 in Hartwell, Georgia. Preceded in death by his... View Obituary & Service Information

The family of Mr. Richard "Doc" Waldrop created this Life Tributes page to make it easy to share your memories.

Send flowers to the Waldrop family.