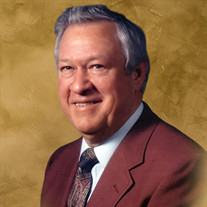 Mr. Romeo Malcolm Adams, 92, of Royston, passed away Monday, February 14, 2022 at his home. Born on December 18, 1929 in Bowersville, GA, he was the son of the late Andy Julian Adams and Dessie McGill Adams. Mr. Adams was the owner of Adams... View Obituary & Service Information

The family of Mr. Romeo M. Adams created this Life Tributes page to make it easy to share your memories.

Send flowers to the Adams family.