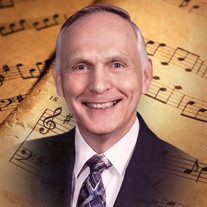 Mr. Ronald “Ron” Ray Jonson, 78, of Hartwell, passed away Tuesday, November 30, 2021 at his home. Born on December 29, 1942 in Louisville, KY, he was the son of the late Raymond Watson and Virginia Wiley Holmes. Mr. Jonson received his BA from Western Kentucky University and graduated with a Masters and Specialist degree in Music from the University of Georgia, and he was the band director at the Hart County High School for 32 years and McCants Middle School in Anderson, SC for 8 years. He also formed the Hart County Community Band. Ron was a member of the First Baptist Church of Hartwell where he was a choir member and former deacon. Ron had a variety of responsibilities during his career as a music educator which included a term as the All-State chair of the Georgia Music Educators Association as well as judging High School Band Large Group Performance Evaluations throughout the state. He was also a sought-after clinician for District bands. He was a member of Phi Beta Mu and of the Georgia Association of Educators where he served as the president of the local GAE chapter. The bands under Ron Jonson’s instruction consistently achieved Superior ratings at LGPE (formerly called Band Festival) and often had students participate in the All-State band. Other achievements of his bands include marching in the Cherry Blossom Festival in Washington, DC and the World’s Fair in Knoxville, TN. The marching band under his direction also performed half-time shows for the Atlanta Falcons and Atlanta Braves, frequently participated in “Band Day’ at the University of Georgia, and made multiple trips to Disney World. Ron’s teaching inspired several of his former students to become music instructors themselves. Survivors include his two sons: Andrew “Andy” S. Jonson (Margaret) of N. Augusta, SC and David N. Jonson (Shona) of Locust Grove, GA; daughter: Christy Stewart (Roger) of Woodstock, GA; brother: Sid Jonson of Hartwell; and seven grandchildren: Payton Jonson, Manny Jonson, Reagan Jonson, Caroline Jonson, Ben Turner, Natalie Turner, and Mary Alice Turner. Mr. Jonson was preceded in death by his parents; wife: Barbara Bushnell Jonson; and one brother: Harold Jonson. The family will receive friends Friday evening from 5:00 to 8:00 p.m. at the Strickland Funeral Home of Hartwell. Other times the family will be at the home. A service celebrating the life of Mr. Ron Jonson will be held Saturday, December 4, 2021 at 2:00 p.m. at the First Baptist Church of Hartwell with Dr. Hugh Kirby and Dr. Stuart Lang officiating. Ron wished to be cremated following the service. The service will be livestreamed on the First Baptist Church of Hartwell Facebook page. https://www.facebook.com/firsthartwell In lieu of flowers, memorials may be made to the Ron Jonson Music Scholarship Fund c/o Hart County Education Foundation, 284 Campbell Drive, Hartwell, GA 30643 or any Pinnacle Bank location. The Strickland Funeral Home and Cremation Services of Hartwell is in charge of all arrangements.

The family of Mr. Ron Jonson created this Life Tributes page to make it easy to share your memories.

Send flowers to the Jonson family.