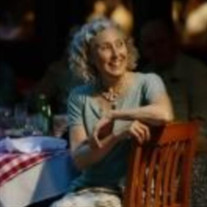 Sharon Beth Saliba Wess 70, of Avondale Estates, GA, passed away on April 26, 2022, at Emory Hospital in Atlanta, GA. She was born on April 8th, 1952, in Anderson, SC. She was the daughter of Dr. Elias Sapp Saliba, Hartwell optometrist and Joan Haddad Saliba, former mayor of the City of Hartwell. She is survived by her older sister, Rita Saliba Smith, and her younger brother, Dr. David Elias Saliba. At Hart County High School, Sharon was a standout defensive player on her state championship basketball team. Although she always wore a smile, her coach called her "the meanest player he ever coached." She continued playing sports her entire life and went on to coach her children’s basketball teams in Decatur. As competitive as she was, her mantra in life was to always support the underdog. Sharon graduated from Hart County High School, earned her undergraduate degree from Furman University and went on to receive her master’s degree from Georgia State University. After college, Sharon worked in the rural counties of north Georgia helping impoverished families and children as a social worker. She moved to Atlanta in 1980 and married Dr. Robert Charles Wess on July 19th, 1986. Bob and Sharon were constant companions and partners in everything they did. By 1991, she was mother to two children, Robert George Wess (Dorothy Nelson “Nell” Fry) and Michael Elias Wess. While Bobby and Michael were growing up, Sharon dedicated her time caring for the wellbeing of her family and volunteering at her children’s schools. After her sons went to college, Sharon re-dedicated herself to improving the lives of the people around her. She championed volunteer causes in her community in the areas of women’s rights, racial justice, and immigrant and refugee companionship. One of her greatest passions was her pure love for dogs. One of her dreams she talked about most was for a dog park with swimming pond for the City of Avondale. Words will never adequately describe Sharon. She was a fierce and yet compassionate person, always giving more than she was taking. With her sons’ friends, Sharon was welcoming and generous. She was magnetic, always drawing people toward her. At every restaurant dinner, she would entertain the group by blowing straw wrappers into her loved ones’ faces. At most social gatherings, she would remember to bring hula hoops to get the party started. For school luncheons, she would bring Lebanese food to share her culture with her sons' classmates. Hers was a carefree, socially unbridled spirit. Sharon was truly loved by all who knew her. A memorial visitation for Sharon will be held on Saturday, May 7, 2022, from 10:00 am til 12:00 pm at the A.S. Turner & Sons Funeral home located at 2773 North Decatur Road Decatur, GA 30033. In lieu of flowers, memorials may be made to: 1. Leukemia & Lymphoma Society 2. SecondLife Thrift Store in Avondale Estates, GA. This announcement courtesy of the Strickland funeral home of Hartwell.

Sharon Beth Saliba Wess 70, of Avondale Estates, GA, passed away on April 26, 2022, at Emory Hospital in Atlanta, GA. She was born on April 8th, 1952, in Anderson, SC. She was the daughter of Dr. Elias Sapp Saliba, Hartwell optometrist and Joan... View Obituary & Service Information

The family of Mrs. Sharon Saliba Wess (Courtesy) created this Life Tributes page to make it easy to share your memories.

Send flowers to the Wess family.