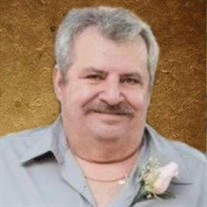 Steven Michael Carter, of Commerce, Georgia and Golden Meadow, Louisiana, died on March 30, 2021 in Piedmont Athens Regional hospital surrounded with love by family. Steve was born July 30th or 31st, 1959 at Athens Regional Hospital in Athens, Georgia. The playful argument over which day is the correct date of birth brought Steve much entertainment. He would just laugh and say “it doesn’t matter to me.” The youngest of four, he was loved and spoiled from day one. Steve lived a life of adventure and shenanigans. He could make a friend anywhere and never met a stranger. Raised in Commerce, Georgia, he left home as a young man to meet a girl from Hogansville, Georgia. He married Dianne Self and they had two daughters. Life happens as it does and Steve found himself divorced and moving to Louisiana to make a fresh start. There he found love with a woman that spoiled him and fought with him, and they loved and took care of each other for twenty seven years until her passing. Cola Freeman brought four new children into the mix that became a blended family that accepted Steve with open arms. Working from fish camps to shrimp boats, and many other jobs in between, Steve created a life full of laughter and love. There are many stories and tales about Steve. Some showing the generosity of a man that would give you the shirt from his back. Some telling wild tales of crazy and outlandish adventures. Believe them all! Steve is preceded in death by his parents, Charles and Gwynelle Brown; his father, John Carter; oldest brother, John “Ricky” Carter; older brother, Terry Carter; and the love of his life, Cola Freeman. He is survived by his older sister, Sandra Collins; daughter and son-in-law, LeAnn and Justin Lehigh, daughter and son-in-law Jennifer Baker and Jesse Godfrey, daughter and son-in-law Phebe and Raleigh Dardar, daughter and son-in-law Jessica Freeman and Justin Smothers, son and daughter-in-law Cody and Celeste Gisclair, and son and daughter-in-law Carlos and Genesis Gisclair; grandchildren, Celeste Carter, Dakota Carter, Lydia Lehigh, Joshua Baker, Devin and Stephanie Dardar, Austin Dardar, Siletta Gisclair, Kelsi Serigny, Cody Gisclair Jr, Chaz Gisclair, Zachary Cheramie, Nicolas Cheramie, Wyatt Freeman, Jazmen and Luke Curole, and Jagger Gisclair; great grandchildren, Ridge Dardar, Emmett Gisclair, and Mylah Adams. The family asks that you feel free to share your stories and “tall tales” from your experiences with Steve, and enjoy reading through other’s exploits. The family has decided to have a private celebration of life at a later time in lieu of a memorial. The Strickland Funeral Home and Cremation Services of Hartwell is in charge of all arrangements.

The family of Mr. Steven M. Carter created this Life Tributes page to make it easy to share your memories.

Send flowers to the Carter family.